Our church is one of the founding churches in American Presbyterianism.

The First Presbyterian Church of Cranbury is a "mother church" to many of the churches in our area. Throughout its history, it has been in the vanguard of social progress and mission. It is our hope that our past heritage will inspire and challenge those of this generation who continue to do God's work.

Early Beginnings (late 1600's - 1759)
The new building was erected in 1740, south of the brook, on the west side of the road, on the highest point of land in the old cemetery. The location was auspiciously chosen. The village had become a central point in the settlements because of the busy public highway, called King George's Road, which was a post road between New York and Philadelphia . Who knows what well-known heroes of colonial times may have worshipped here? The eighty revolutionary war soldiers buried in Brainerd cemetery behind the Church were certainly among those heroes. That meetinghouse stood for forty-eight years.

It was in 1746 that David Brainerd first worked among the Indians in the area. A giant elm stood at the north end of the village, under which some of the Cranbury people heard the devoted missionary speak to his Indian converts. Friendly relations existed between Charles McKnight, the first installed pastor of the Cranbury church, and Brainerd, leading them often to preach for each other.

In 1750, King George II granted a Royal Charter to the congregation. A copy of this charter is on display in the narthex. In 1759 "a parsonage plantation" of 150 acres was secured by a deed for four hundred twenty-five pounds, a considerable sum at the time. The manse that was eventually constructed still stands.

Growth Years (1780's - late 1800's)
With the successful completion of the Revolution, the Charter, granted by George II became invalid. Under the new American government, the States were given almost full powers. The State of New Jersey required new charters to be issued and the church complied, obtaining its charter in 1785.

In 1788 a new house of worship was built on the site of the present church sanctuary. Though this particular edifice was rebuilt in 1839, and has since had an addition, there is a good possibility that at least some of the original 1788 foundation exists under the present structure.

With continued growth of the congregation, the church was enlarged again in 1859. The new dimensions were nearly those of today, eighty-four feet in length and fifty-six in width. It also included a new steeple, 137 feet high.

In 1898 a storm blew most of this steeple down, heavily damaging the roof and ceiling of the sanctuary. By the first years of the new century, the present, shorter, steeple was in place and repairs to the interior completed through generous donations from the congregation.

It was in 1838 that a disagreement occurred within the membership of the congregation and part of the membership left First Church to establish another congregation. This became Second Presbyterian Church, and their building was erected on Westminster Place. In 1935, almost 100 years later, the congregations merged again. The Second Presbyterian Church sanctuary was razed and a monument erected on the site. The sexton's house remains as a residence.

On November 8, 1953 a renovated church sanctuary was dedicated. The renovation program was inspired by the historical significance of the Cranbury church. The objective of the restoration of the interior of the church was to embody the architecture and tradition of our Colonial heritage. One of the most significant changes was the replacement of the stained glass windows of nineteenth century fashion with the clear glass that was used in Colonial times. The interior of the church, as you see it today, was largely the result of that effort.

No one dreamed, almost 300 years ago that Cranbury would some day be in the geographical center of what is now the greatest megalopolis in the world: equidistant to New York and Philadelphia, to Boston and Washington. Yet the spirit inherited from the early settlers has not been quenched. According to the provision of the charter granted in 1750, the trustees adopted a seal after their own devise. On the center of this seal is the outline of a tree, representing the burning bush, the symbol of the seal of the Scottish Church , from which many of the people had come. Around it are the words: "Religious Liberty". It is the oldest documented seal of the Presbyterian Church in the United States. The spirit and sentiment of these pioneers lives on, as people continue to worship Christ in this place. 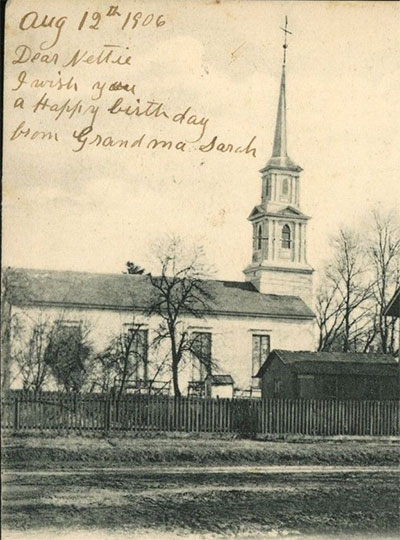 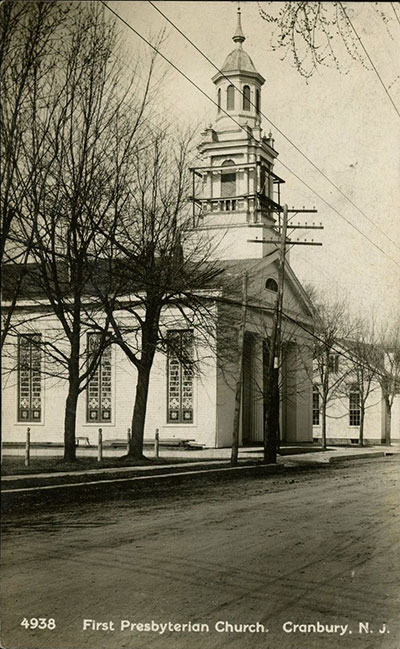 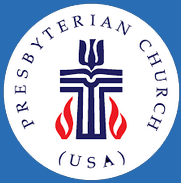